This year’s Whitehall carol service came at the end of a challenging year.  CIG were honoured to have our honorary Chaplain, Rev Jonathan Aitken, speak to civil servants on the power of gratitude in facing fear.  As part of a very moving message, Jonathan shared his personal story about prayers of gratitude. ‘Some years ago, I was going through a self-inflicted career catastrophe.  A fall from grace which saw me crashing from Cabinet Minister to

Did the Christmas Angels get it wrong?

The classic nativity tells a lovely story but the reality was a lot messier. Perhaps the message of the angels sounded as preposterous then as now, given the state of the world. What can we make of it? This is an attempt from a member of the FCDO Christian network.   “Joy to the world”, sang the angels that night; “Peace to all men”. And the skies shone with light. But whatever came of that

Christians in Government is honoured to share that our longest-standing member, Mr John George Acton, LRAM, OBE, turns 100 on 12 December this year!   Mr Acton was a dedicated civil servant.  In 1936, he left school at 16 to join Her Majesty’s Customs and Excise, where – apart from serving in the RAF during World War 2 –  he worked until his retirement.  Mr Acton had a fulfilling career.  Committed to working hard, he 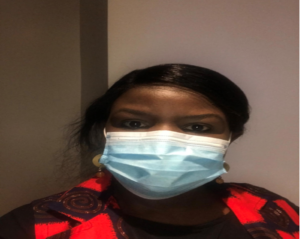 A blog from a member of the British High Commission, Nairobi My Christian faith has been the steadfast anchor for me and my family over this difficult season of the COVID-19 pandemic. I have found so much comfort and assurance in the promises of God.   When the first case was reported in Kenya earlier this year, I experienced a lot of anxiety and panic, especially since two members of my household had to continue physically

For those who missed it, our colleagues in the Defence Christian Network put on a beautiful Service of Prayer and Remembrance for the Armed Services.   This years’ Remembrance Service takes place in challenging times.  It is an opportunity to remember colleagues who have given their lives, but also look forward with hope.   In his role as Honorary Colonel Royal Marines, Bear Grylls shared his personal approach to challenge at the service: ‘We all face our time 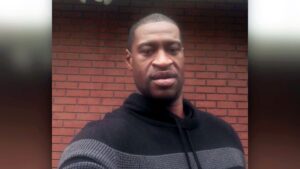 The recent death of George Floyd was unjust, inhumane, and heart-breaking to view. His death has resurfaced memories of past hurts and injustices, fears about the future, and anger about long-standing injustices against black people around the world. The Christian faith teaches that God created humanity in his own image and that every individual is precious to Him and should be shown the dignity and respect which flows from that. Any manifestation of racism is