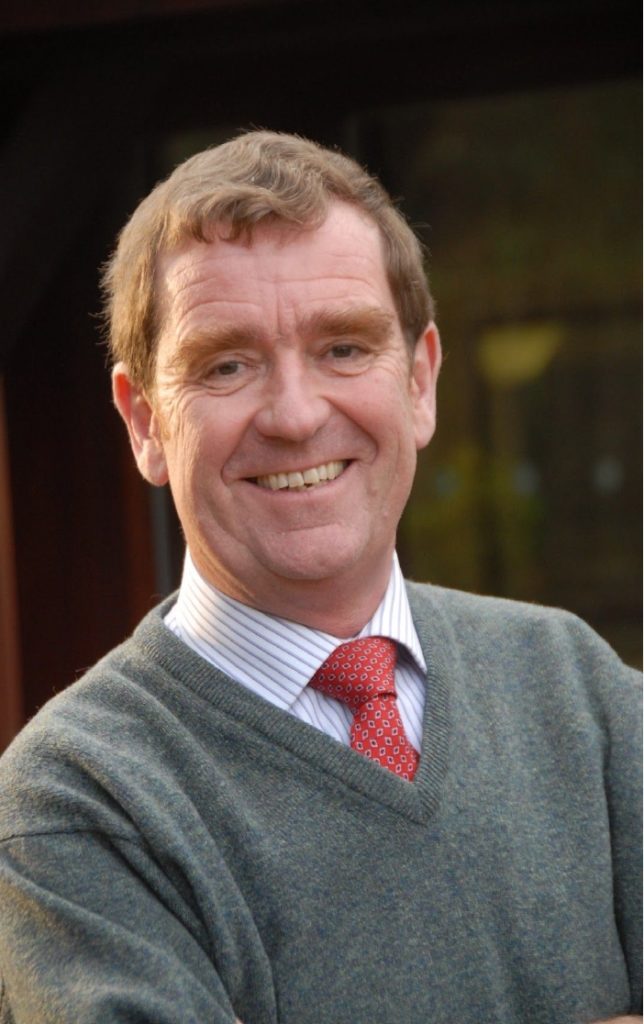 Earlier this year, I caught up with Major General Tim Cross to explore how he embraced the new beginnings and the challenges in the British Army. What can we learn from his account as a Christian in the workplace?

Can you give an example of some ‘new beginnings’ you encountered during your time in service at the British Army?

“There were many disengagements, fresh starts and new projects in the 43 years I served in the British Army. In 34 years of married service life my wife, Christine, and I lived in 23 houses across the UK and in several other countries, with our children attending different schools in military garrisons and towns in Germany and around the UK, as well as International schools in France and Cyprus.

How did you approach it?

The trick in constantly moving around is to engage decisively and grasp the opportunities, like getting stuck into a Church – when you are only going to be somewhere for a few months or a couple of years at best there is no time to hang around! These churches were always in the garrison or a nearby village or town; God had put us there and it didn’t seem right to scout around trying to find a church that ‘suited us’. Many were small and relatively poorly attended but we have many happy memories of the folks we worshipped with and of how we grew spiritually in those times. It was as a result of being in such a church in Shippon – a tiny village near Abingdon attended most weeks by no more than 20 or 30 people – that I became a Lay Minister.

Over those years I deployed to places like Belfast, the Balkans and Baghdad. I was constantly impressed by the extraordinary abilities of the British men and women I served alongside and met – an eclectic mix of people in government, diplomatic and humanitarian service. On all those deployments there were military chaplains running services at various times literally everyday; small numbers of soldiers and others constantly gathering together to worship and take Holy Communion in the midst of the chaos and turmoil – worshipping alongside them gave me a terrific sense of peace – and various passages from Scripture became particularly important.

Many of the Psalms became constant bedfellows. Psalms 23 – ‘even though I walk through the valley of the shadow of death I will fear no evil’; Psalm 27 – ‘though an Army besiege me my heart will not fear’; Psalm 91 – ‘under His wings you may seek refuge. His faithfulness is a shield and bulwark’. And watching the mass graves being dug up in Iraq or the Balkans – seeing what people were prepared to do to each other there and elsewhere – meant that words like ‘sin’ and ‘evil’ were no longer part of an interesting theological discussion – they were a reality of a broken and brutal world. All of us are a part of that world – so Psalm 51 was another key scripture: ‘wash away all my iniquity and cleanse me from my sin’.

What were the challenges?

At the heart of it all was the challenge of having to deal with fear and uncertainty. So Gospel stories sprung to life, like Jesus sleeping in the boat being woken in the midst of the storm and responding to the question ‘don’t you care?’ by asking the disciples ‘why are you so afraid? Do you still have no faith?’ One option in life is not to venture out – not to engage – but to stay tied up, protected from the storms and fears of life. But we are really only alive when we are moving and vibrant, and those of us who follow Jesus Christ must allow the wind of the Holy Spirit to the fill the sails of our souls – invite Him to drive us where He would – confident that Jesus voyages with us and that He will carry us safely across to the other side.

How did you overcome any challenges?

I for one cannot claim to have been a particularly good helmsman, and there were times when I let the wind spill from my sails; times when I have become becalmed and drifted around in the doldrums of doubt. Unaware and even uncertain of the presence of God in my life – forgetful of His love and purpose – I was held back by the drogue anchor of pride, self-interest and ambition. Sometimes it was probably a loss of nerve; a fear of where the wind was driving me – of the potential storms; afraid of being alone in the boat.

But in reading and re-reading the stories of people like Joshua, Gideon, and Daniel and his three mates (Shadrach, Meshach and Abednego) I found encouragement. In the middle of the desert north of Baghdad I came across a burning patch of desert which was reputedly the place where the three friends had been thrown in the fiery furnace (Daniel Ch 3). Standing there I found myself wondering how they had found the courage to stand firm and not bow down to the demands of a cruel tyrant. And asking myself what I needed to stand firm against.

Do you have any words of encouragement for those who are entering a ‘new beginning’ phase in their life?

I John Ch 4:18, says: “Perfect love drives out fear”. Jesus courage and love has sustained me in tough times, and continues to do so now that I’ve left the Army. There can be no better example to follow!

Major General (Retired) Tim Cross CBE was commissioned into the British Army in 1971. He commanded at every level, from leading a small Bomb Disposal Team in N Ireland in the 1970’s to commanding a Division of 30,000 in 2004/07. Retiring in Jan ‘07 he was the Army Adviser to the UK House of Commons Defence Committee for 7 years until 2014.

Amongst a broad portfolio, Tim is a Local Lay Minister in the Church of England and the Chairman of the Board of Theos – a Christian Think Tank. An itinerant preacher and international speaker he is engaged across UK/International business, academia and the charity/humanitarian world. A Tutor at the Leadership Trust, he sits on the Ethics Board of a major UK technology company; is a Visiting/Honorary Professor at three UK Universities; and the President of the Institute of Civil Protection and Emergency Management.

If you would like to share your passion for writing, photography and inspiring others through our monthly newsletter, please e-mail Ella Emovon through info@christiansingovernment.org.uk.